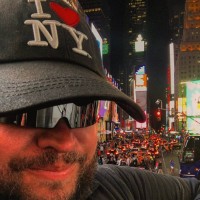 Going to Honolulu? Are you tired of the same campy and over commodified tour experience of Hawaii, and wish to understand the TRUE unadulterated history of such a catastrophically beautiful oasis in the Pacific? This seasonal excursion takes a real and honest approach regarding the rise of Honolulu as the capital and chief port of the Hawaiian Kingdom; covering the triumph, tragedy, and history of the Hawaiian Monarchy and its illegal overthrow engineered by US businessmen in 1893. Other subjects that will be covered: the 1901 Bubonic Plague Epidemic & Chinatown Fire, the WW2 interment camp at Sand Island, and Tyke the Elephant becoming the symbol of animal rights. This walking tour will take approximately three hours to complete starting at the Iolani Palace and ending in Waikiki, bring some good shoes and water!

(At the present time, this tour is available only in February & March)