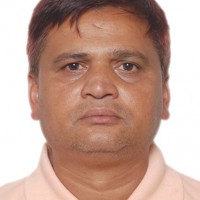 Chitawan National Park, per day Charge including day and night. Food and accommodation not included

Chitwan National Park is one of the fascinating spots for the tourists. The park is located approximately 145 Km away from Kathmandu, the capital city. The park was established in 1973 and enlisted under world natural heritage site by UNESCO in 1984. The park occupies 932 square kilometer of land. The park is one of the richest national park in terms of available flora and fauna. The park at present has 208 species of mammals, 867 of birds, 123 species of reptile, 117 species of amphibians, 230 fish, 3958 moths,651 butterflies and 175 species of spiders. It is the common home of 1197 fauna. The park covers 11% of worldwide fauna property.

Similarly, the park has 6973, 26, 534, 1150 species of angiosperm, gymnosperms, pteridophytes, and bryophyte respectively.

The park covers 11971 different species of worldwide flora. It has covered 32% of world flora property.