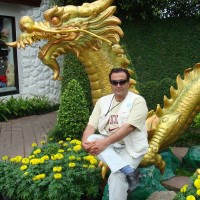 The Blue Mosque (Azerbaijani: Göy məscid; Persian: مسجد کبود‎‎ - Masjed-e Kabūd) is a famous historic mosque in Tabrīz, Iran. The mosque and some other public buildings were constructed in 1465 upon the order of Jahan Shah, the ruler of Kara Koyunlu.

The mosque was severely damaged in an earthquake in 1779, leaving only the iwan (entrance hall). Reconstruction began in 1973 by the late Reza Memaran Benam under the supervision of Iranian Ministry of Culture. However, the tiling is still incomplete.