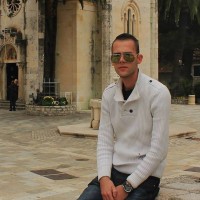 Start at 12:00 h in old town of Trebinje.. walking in and around old town to see all sites in Town , after city we going to village near called Staro Slano where you can see old fortress from Otoman period and old stecak ( medieval tombstone authentic for Hercegovina) after willage Staro Slano we continue to Popovo Polje where you can sow authentic Herzegovina villages in this karst field and history of area from old Slavic , Ottoman, Austro Hungarian and Yugoslav period like old houses,religious and military facilities, old mills,tombstones,railway stations and lot of more ..after Popovo Polje we going back to Trebinje through the village of Hum where you can find an old train station from the period of the Austro Hungarian Empire and see totally destroyed village in the civil war of the nineties .

In Trebinje city centre we back around 18:00h.