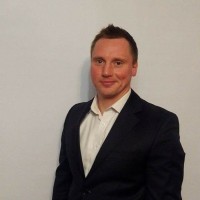 presents one more special place for our guests - the Strategic Missile Forces Museum, which is a branch of the Central Museum of the Armed Forces of Ukraine, unique and unparalleled in the world. This museum is the only one created on the basis of a real military missile unit, on the territory of the former Soviet secret missile base.

The exposition reminds us of the danger that still threatens the world again today (say hello to our northern brother).

On the site you’ll see the samples of rocket engines, rocket cars, missile refuelers, mock nuclear warhead, as well as missiles R-12 (the one that played a key role in the Caribbean crisis in 1961) and RS-20 (SS-18 "Satan" which scared to death the USA and the whole world). Ukraine has had about 180 SS-18 family missiles, exactly 176 Soviet ICBMs (130 SS-19 ICBMs and 46 SS-24 ICBMs). All there is real and the original silo and command post are there for your observation. That is what makes this area more than just a museum.

A cool fact is that the tours are carried out by officers who served earlier on this base, and 2 hours pass in a moment. Thank em for their work by your presence! You can also go through underground passages stretching for more than 150 meters long and then get down to the underground command post at the – 40 meter point, where there was a "nuclear button", so you’ll have an opportunity to sit at the control panel on the first officer chair and by pressing a combination of keys you may perform the "start" of nuclear missiles.

This museum is located about 300 kilometers south of Kiev, but you will not even notice how quickly time will pass in a fascinating trip with your private guide, as he will take you through the history of the Cold War, and talk much on Ukraine’s massive world’s third nuclear arsenal, which we used to have before 1994. This informative journey is worth your attention!

Please, do not forget to clarify the conditions, the number of people and discuss individually the cost of customized tours.