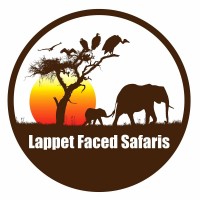 This is one of Kilimanjaro’s easiest routes, and it has become an increasingly popular route in recent years. This route is located on the northern side of Mount Kilimanjaro with a variety of spectacular landscapes together with different plants and animals species. The typical duration for this trip is 6 days. However, you can also add an acclimatization day and make it 7 day climb.

Day one begins with a 4 hour drive from Moshi to the village of Nale Muru where the Rogai Route trek starts. The trail begins along a wide path that winds through fields of maize and potatoes and then enters a pine forest. The route then begins to ascend gently through the beautiful forest. The forest begins to thin out as it reaches the Rongai cave, you camp for the first night on Kilimanjaro.

Your morning’s walk is a steady and gradually ascending trek to the Second Cave camp where you will stop of lunch. You will then leave the main trail and cross the moorland on a smaller path towards Mawenzi Peak. The Kikelewa camp is situated in a sheltered valley near the Kikelewa cave.

Day Three is a short, steep climb up a grassy slope, when you reach the top you will be rewarded with an amazing view of Kibo and Mawenzi Peak. The vegetation will diminish as you enter the barren alpine desert zone. Mawenzi Tarn camp is situated directly beneath the towering spires of Mawenzi Peak. The afternoon can spent relaxing in camp or exploring the area around Mawenzi.

This is your extra day on the mountain, and you will spend two nights at Mawenzi Tarn. You will hike up towards Mawenzi for a splendid acclimatization hike. Then after return back to the camp for lunch, dinner and overnight.

From Mawenzi you will again cross the alpine desert zone of Kilimanjaro and the saddle between Mawenzi Peak and Kibo to reach the Kibo Huts at the bottom of Kibo’s crater wall. The afternoon is for resting and preparing for the climb to the summit.

Summit Night! You will be woken at around midnight, for tea and biscuits before setting off into the night. You will ascend over scree and rocks until you reach Gillman’s Point at the crater rim at dawn where you will rest briefly before continuing to the summit Uhuru Peak. This is the most challenging part of the trek for most climbers with the highest chance of suffering from altitude sickness. Take in the view from the summit and ensure you have taken plenty of photographs before starting your descent to Kibo Hut where you will rest and eat. You will then trek across the saddle to Horombo Hut for your final night on Kilimanjaro.

After your final breakfast pack your bags and descend through the moorland zone to the Mandara Huts. You will stop for and then continue down through the rain forest until you reach the park gate in the early afternoon. Successful climbers will receive their summit certificates. You will then drive back to your hotel in Moshi, for a celebratory drink and shower.