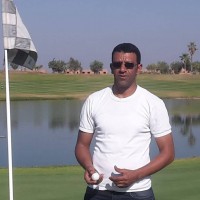 At the foot of the High Atlas Mountains, there is the traditional mud bricks city of ait-Benhaddou, which is part of UNESCO World Heritage - the site evokes biblical images, so much so that the city replaces the city of Jerusalem in many movies. This day trip will introduce you to this extraordinary city where Hollywood films such as Lawrence of Arabia, The Mummy and Gladiator have been shot.

No visit to Morocco would be complete without having seen the 'Red City': Marrakesh, a beautiful city that is full of life, broth of activities and represents the perfect place if you want to escape the abnormality of life to which we are too used. The palpable sensation of history is hard to avoid with such monuments as the Djemaa El Fnaa, which has been designated by Unesco World Heritage. Imagine Piccadilly Cirques but with snake charmers, acrobats and Potions hawkers! Eat authentic Moroccan dishes and watch the intriguing carnival games, belly dancers and animated stories, characteristic elements of this magnificent square.

Other attractions available through tours organized by Morocco Expedition include the magnificent Islamic College of Ben Youssef Madrasa, the 16th century Sadian tombs and many other hidden treasures.