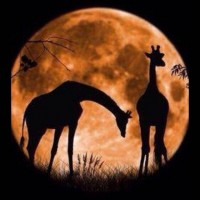 The source of the Nile was faintly talked about in the long ago Ptolemy writings and was among the most mysterious geographic features during the Victorian Era. This stirred several ancient explorers to take various expeditions in search for the source of the great Biblical Nile.

Although numerous contradictions have emerged about the true source of the Nile, the most renowned and yet still documented source is found at Jinja in Uganda. This source was renowned among the locals of the Buganda as well as the Buganda Kingdom, and the very first European to discover and confirm its existence in Jinja was John Speke.

River Nile is the second longest of all rivers in the world and originates from the 3rd world’s largest lake; Lake Victoria. River Nile is approximately 6400 kilometers long and it is from its banks that the world’s civilization started. On average, it ejects 3.1 million liters/680 000 gallons of water per second, while its high ranking rapids have made it an international attraction where kayaking plus white-water rafting can best be enjoyed.

To date, the Source of the River Nile remains one of the most controversies with several countries each claiming to hold the Source of the Nile. Nevertheless, it still remains that the source of river Nile is within Lake Victoria and is at the spot where the Nile begins its 6400 kilometer journey through Africa. Furthermore, the downriver of the Nile at Jinja provides splendid white-water rafting plus game fishing. However, its climax glory is the magnificent Murchison Falls where this long river bursts through a small 7 meter gorge with the Rift’s Escarpment.

Following breakfast, depart to Jinja a destination where the Great Nile originates and derives its bliss. As you drive through the verdant Mabira Forest, look out for colobus monkeys and an array of birds.

Following a drive of 45 minutes, you will arrive at the famed Owen Falls Dam which is a hydro-electricity generating plant in Uganda. From there you will continue to Ripon Falls; the source of the Nile where the legendary John Speke stood. From there you will proceed to enjoy the exciting white-water rafting along this very Nile.

Have a tour in the capital city, and this will mark the end of this exciting trip.