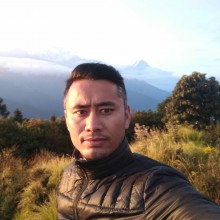 Mr. Chandan Thapa is originally from the Gorkha district which lies in the mid-western part of Nepal. This region is also popular as the Manaslu Trekking Trail. He is a generous and co-operative person and has the fluent English speaking quality. He engaged in the tourism sector as being a porter at first. Meanwhile, he became able to establish himself as a sincere trekking guide just after passing his graduation and getting the overall knowledge of Himalayan region. It was just because of his hard work and love to this profession. After a long time of experience in the field of treks and tour, he started to work as a manager for organizing the tour, treks and the climbing not in Nepal only, but in Bhutan and Tibet too. He continued this position for almost 6 years. Furthermore, he has the knowledge of first aid too.

Finally, Mr. Thapa has got the success in establishing his own trekking, tour and climbing operating company in Nepal. Now, he is a Director at Rising Adventure P. Ltd. which organizes any kinds of adventurous activities in Nepal, Bhutan and Tibet. Today, he has been operating the many packages for the people of all over the world and able to make them satisfied. 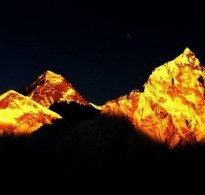 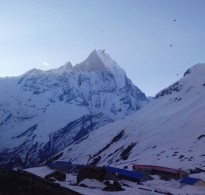