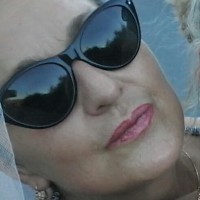 The Sword in the stone (San Galgano and Massa Marittima)

Who does not know the legendary story of King Arthur and how he proved to be the regent chosen pulling Excalibur out of a rock-mass? Well, without fussing legends, movies and stories, in San Galgano about 30 miles west of Siena, on the border with the province of Grosseto (between Monticiano and Chiusdino), stands the monumental complex of San Galgano.

From this place which looks out of time, pass two roads of great historical importance: "La Massetana" that connects Siena with the Sea, crossing Massa Marittima, the "Colline Metallifere", and the ancient "Strada Maremmana" which merges the heart of Tuscany with Grosseto.

I' ll pick you up from your accomodation.

Walking tour in Massa Marittimaa city of art nestled among the Colline Metallifere (the ‘metal-producing hills’), surrounded by the countryside of the Maremma region, a place which boasts a wealth of historical, environmental and architectural treasures, passed down to us from a prosperous past

Lunch in a typical tuscan Restaurant

Walking tour in San Galgano. The spectacle of the sword in the stone of San Galgano is absolutely charming, even for the inevitable lure similar to the legends of the Breton Cycle with King Arthur and the Knights of the Round Table, and well worth the steep climb to the hermitage of Montesiepi.