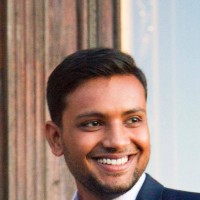 A Day in Delhi

Delhi, India’s capital territory, is a massive metropolitan area in the country’s north. In Old Delhi, a neighborhood dating to the 1600s, stands the imposing Mughal-era Red Fort, a symbol of India, and the sprawling Jama Masjid mosque, whose courtyard accommodates 25,000 people. Nearby is Chandni Chowk, a vibrant bazaar filled with food carts, sweets shops and spice stalls.

Start. Pickup from the airport or hotel at the time that suits you best.

Hop inside your private car.

Start. Pickup from the airport or hotel at the time that suits you best.

Hop inside your private car, Innova Crysta 7 seater car with ac, and be ready to get amazed.

One of the seven Bahai Houses of Worship in the world. Notable for its flower-like shape, it has become a prominent attraction in the city.

It is also a very beautiful place and UNESCO world heritage site. Humayun’s tomb is the tomb of the Mughal Emperor Humayun.

Gurudwara Bangla Sahib is one of the most prominent Sikh houses of worship.

The temple, also known as the Birla Mandir, is one of the major attractions of Delhi and attracts thousands of devotees on the festivals of Janmashtami and Diwali.

A very beautiful and astonishing place to visit. A war memorial.

Built by the British. The official home of the president.

9. Finish. Drop off at Delhi airport or your hotel.