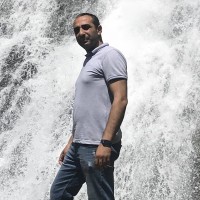 Feel the mystery and go reveal the 4th century Geghard monastery which is cut into the side of the rock. The name Geghard appeared because of the spear kept there, with the help of which the Roman soldier pierced the side of Christ. In Armenian it is called “geghard”. Now the spear is situated in the museum of Etchmiadzin.

Continue your wonderful tour to the 1st Century A.D. Garni is the only standing heathen temple in Armenia. The plateau, on which the temple stands, is incredibly beautiful and is included in the UNESCO World Heritage Site along with the surrounding area.

Everybody knows that Armenian cuisine is very rich… So we give you the opportunity to be present in the master class of baking traditional Armenian bread, which is called lavash. This flat bread is also included in the UNESCO World Heritage Site.

You will visit to giant stone letters dedicated to the founder of Armenia’s alphabet.

Let’s discover a part of Armenia traveling to Amberd, which is a 7th-century fortress located 2,300 meters above sea level, on the slopes of Mount Aragats. That is why the name Amberd translates to “fortress in the clouds” in Armenian.

Feel the old and modern city Yerevan, which is one of the oldest cities in the world (2979 years old), it is also unique, cause it is Add the monastery of Harichavank to your list of most beautiful Armenian monasteries, which is a 7th century Armenian monastery located near the village of Harich.

Go to explore the cultural capital of Armenia, Gyumri. From ancient times Gyumri has been the birthplace of many prominent scientists and artists. It is home to some prominent museums, lovely parks and the impressive Kumayri historic district. Get in touch with local people!

Stop for a moment and fill your lugs with fresh air! You are in Stepanavan Dendropark, which is famous for its curative features as every year in April-May pollination occurs here and as a result, auspicious conditions spring up for people with allergic and chronic respiratory diseases.

In Armenia, you have a great opportunity to explore Christianity… So let’s do this together.

Go reveal Sanahin monastery, which is an Armenian monastery founded in the 10th century. Sanahin and Haghpat Monastery, which dates back to 976, are included in the UNESCO World Heritage List. You visit this place once, you will be able to “feel the past” just next to you, and we are sure you will never forget Armenia.

Enjoying the landscapes of Lori region, travel to Tavush region, the next Armenian part, full of wonders. Visit Haghartsin monastery, which is a 13th-century monastery located near the town of Dilijan.

Goshavank is an example of 12th-13th century architecture. It was founded by Mkhitar Gosh, a medieval Armenian ruler who was both a scholar and a politician.

Overnight in Dilijan, where you can refresh your brain, body and soul.

To enjoy the nature of Armenia, go on a tour to Lake Sevan, where the 9th century Sevanavank is located.

Noratus cemetery is a medieval cemetery with a large number of early khachkars located in the village of Noratus.

The cemetery has the largest cluster of khachkars in the Republic of Armenia.

You can trace the Silk Road in Armenia by following its caravanserai, or inns; medieval stopping points where caravan riders and their pack animals spent the night. The Selim Pass Caravanserai is a valuable example of these inns along the Armenian Silk Road.

Have a perfect rest in Jermuk, in this medical city.

Jermuk mineral water from natural sources are unique and rare minerals with the chemical content to be biologically active, which make it very effective in the treatment and prevention of various diseases. Water is also used for (SPA) procedures, which you can enjoy in the hotel. Jermuk mineral water is successfully used in gastrointestinal, musculoskeletal system, genitourinary system, and metabolic abnormalities.

Create magical moments in the 9th century monastery of Tatev, which is one of the oldest and most famous monastery complexes in Armenia. During medieval times Tatev Monastery was a vital scholastic, enlightenment and spiritual center and played a singular role in the country’s history.

You will reach the monastery by the cable car. The ropeway is the longest in the world and if you are looking for unforgettable adventures in the air and want to fly, you don’t need planes! Wings of Tatev will take you to the sky!

Go reveal the Armenian Stonehenge Zorats Karer or Qarahunj, which is a prehistoric archaeological site near the town of Sisian. The site is rich with stone settings, burial cists and standing stones – Menhirs.

Visit the most beautiful Noravank monastic complex, which was constructed in the 13th century. Consequently, a major religious and later cultural center of Armenia was closely connected with many educational institutes, primarily with Gladzor’s university and library.

Continue your tour to Areni cave it is where the oldest shoe in the world was found exactly during the archaeological excavations. Several years ago a place, equipped for wine production was found in Bird Cave. This most ancient winery in the world has 6000year history.

Drive through the pretty Ararat Valley to the 4th century monastery Khor Virap, where you will enjoy the view of Mt. Ararat. Ararat is the mountain, which will let you feel where your ancestors come from. “Khor Virap” means “deep dungeon”, where the first Armenian Catholicos Gregory the Illuminator has been detained for 13 years for spreading Christianity in the 4th in Armenia.

Then visit Mother See of Holy Etchmiadzin, the religious center of Armenia. During this trip you can discover also the treasure museum, which is home of the well-known spear, with the help of which the Roman soldier pierced the side of Christ. In Armenian it is called “geghard”. At first it was kept in the Geghard monastery.

On the way back to Yerevan enjoy the next Armenian 7th century beauty Zvartnots, which means “Angels meeting”. Both Zvartnots temple and Mother See of Holy Etchmiadzin are listed in UNESCO World’s Cultural Heritage Sites.