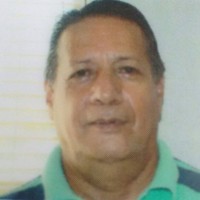 Admire the world-famous high cliff diving exhibition and San Diego Fort, one of the historical highlights of Acapulco. The museum here focuses on the colonial era of Mexico. Soak up the atmosphere on a walking tour.

After collection from your accommodation, the first stop is San Diego Fort, one of the historical highlights of Acapulco. Housing a fine museum with air-conditioned and well-lit rooms depicting the main themes of the trans-Pacific trade, its 8-foot-thick walls contain unique and interesting professional exhibits that depict life in another era. This museum focuses on the era of the Manila Galleons, which came here yearly for 250 years. The exhibit rooms are arranged chronologically.

After you leave the Fort, you’ll head to the domed cathedral, built in 1936 in a Moorish style. The statue on the left tower is of San Felipe de Jesús, Mexico’s first saint.

The group will also make a shopping stop where you will enjoy beers, margaritas and sodas. Just past the monument, beneath the statue of a diver and between two cannons, you’ll have a spectacular view of the open Pacific. The stairway leads down to the viewing platforms where you can watch the world-famous cliff divers.