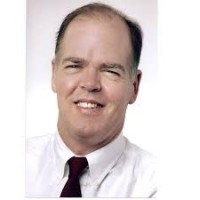 Baseball comes from New York City. The game began in a grassy field in Manhattan before growing up a few miles away in Brooklyn. Midtown and uptown Manhattan took care of the rest, providing the game its culture and eventually setting in motion its modern era.

Baseball is best understood as an effect of New York. This tour traces that growth.

At Madison Square Park - the first ballpark - we come to understand the early rules, some of them bizarre, and see how the game adapted to local circumstance in establishing the position of shortstop and, it would seem, the shape of the diamond itself. We stop by the hotel that produced the near-catastrophic Black Sox Scandal but then within months became home to the game's saving figure. Visits to the sites of both the original Polo Grounds and its successor illustrate the introduction of post-season play, the eventual Giant-Dodger rivalry and the lively ball.

Baseball is an expression of New York City: of Madison Square Park in its origins, of Harlem in its traditions and present form, of Brooklyn in its rules and most compelling history.