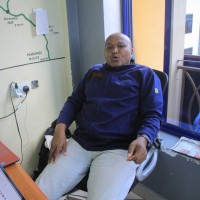 Upon arrival at Kilimanjaro international airport, you will be warmly greeted by your driver guide, after short introduction you will be offered bottles of mineral water followed by a private transfer to Gold Crest hotel or any other Similar in Arusha for an Overnight. Depending on your arrival time, you will have good opportunity to explore the hotel`s surroundings. Bed and Breakfast Included.

In the morning after super breakfast from the kitchen of professional Cooks, you will embark to Tarangire national park for game drives and game viewings. Tarangire is Tanzania's third largest national park and sanctuary for an unusually large elephant population. Majestic baobab trees are also an interesting feature of the park, dwarfing the animals that feed beneath them. Your game drives may reveal lions, giraffes, wildebeest, elephants, Zebras, wildebeests and much more. Lunchboxes shall be served to you by your driver guide at the picnic site inside the park with some rest before proceeding with further game drives. Later after amazing hours of exploration, you will exit the park and drive to Maramboi Tented Lodge or any other Similar for Dinner and Overnight. Breakfast, Lunch and Dinner Included.

In the morning after breakfast at the Lodge, you will, drive across the floor of the Great Rift Valley to Lake Manyara National Park for a game drive. This beautiful park with its lush vegetation and tropical forests of giant figs, took its name from the Maasai word for "euphorbia tirucalli", a bush which is used to make a thorny hedge to protect their cattle. Elephant, giraffe, buffalo, large population of hippos, zebras even the tree climbing lions can be spotted lazily resting on the branches of an "Acacia tortilis" tree. The birdlife is also abundant, with flamingoes, pelicans, hornbills and plenty of forest species. Lunch boxes will be provided to you at the picnic site. Later after amazing hours of exploration, you will exit the park and drive to The Retreat at Ngorongoro or any other Similar in Karatu for Dinner and Overnight. Breakfast, Lunch and Dinner Included.

After rewarding breakfast, leave the lodge with your packed lunches and drive to Serengeti national park via Ngorongoro Conservation area. Your driver guide shall be stopping in some of the beautiful views overlooking the crater floor for sightseeing. Animals like Giraffes, Elephants, Wildebeests, Gazelles, Zebras, Lions and Buffaloes may be revealed in Ngorongoro. On your way, you can opt to visit one of the Masai Boma for a short but authentic cultural tour with the Masai People. On crossing the border, picnic lunches will be served to you followed by game drives en route to Kenzani Matawi Tented Camp or any other similar for dinner and Overnight. Breakfast, Lunch and Dinner Included.

Early morning game drive to see also nocturnal predators returning from hunting and animals waking up. The Serengeti national park derived its name from Maasai Language meaning endless plain. This massive plain (14763sq km) is home to many animals including Lions, Elephants, Giraffe, Wildebeest, Zebra, Leopard, and Cheetah, warthogs, Hyena plus a lots and lots of bird life. In many cases migration is taking place around Serengeti and at that particular time millions of wildebeest and zebra mingle together followed by predators. Our professional guide will lead you into the right path making sure you have the best time to enjoy this great phenomenon. Lunchboxes Included. Later you will drive further to Ngorongoro area for dinner and overnight at Ngorongoro Sopa Lodge or any other similar. Breakfast, Lunch and Dinner Included.

DAY 05: GAME DRIVES INSIDE THE NGORONGORO CRATER TO ARUSHA

Early in morning and after breakfast, leave the Lodge with your packed lunches ready for another exciting day. Today your expert safari guide will lead you into the Ngorongoro crater for a wonderful game drives. The Ngorongoro crater is the 8th wonder of the Natural World, spreading over 102 sq. miles and has 2.000 ft high walls, making it virtually a Noah's ark like, it is inhabited by almost every species of wildlife that is indigenous to East Africa including the rare and endangered black rhinos, other animals that can be revealed on your game drives are Elands, Lions, Waterbucks, Wildebeests, Hyenas, jackals, African Elephants, Buffaloes, Secretive leopards, Cheetahs, hippos and many more alongside hundreds of bird species eg. Maasai Ostrich, Kori bustard, Ibis, Starlings etc. Lunchboxes shall be served to you at the picnic point inside the crater. Later ascend the crater walls and drive back to Gold Crest Hotel or any other Similar in Arusha for an Overnight. Bed and Breakfast Included.

Morning at leisure until departure time, transfer to the Airport for your flight back home or extension.

PRICES FOR HONEYMOON SAFARI 3400 PER PERSON

PRICE FOR THIS SAFARI INCLUDE

• Accommodation and Meals as per Itinerary

• Services of a professional driver-guide

• All game drives as mentioned

PRICE FOR THIS SAFARI EXCLUDE

• All items of a personal nature

• Alcoholic and non-alcoholic drinks and beverages at the lodge/Camp.