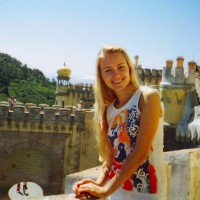 In this tour we will visit the most beautiful and expencive cost of the Portugal, from Lisbon to Cascais. There are glamorouses, cosmopolitan villages, fulls of activity and movement. All the beauty of the coast of Cascais is best understood in a stroll along the seafront with more than three kilometers that stretches between São João do Estoril and Cascais.You can also take the bike path that runs from Cascais Marina to Guincho Beach.

The history of Cascais as a cosmopolitan center dates back to the 1870s when King Louis I of Portugal and the Portuguese royal family built their summer residence by the sea, attracting members of the European aristocracy.During World War II, the coming of royal families intensified, as did many European royal house chiefs and deposed monarchs such as Edward VIII of the United Kingdom (then Duke of Windsor) and Juan Carlos of Spain (then Infanteof Spain), who constituted estates in Cascais and Estoril, respectively, finding refuge in Portugal's neutrality in war or situations of political tension in their own countries