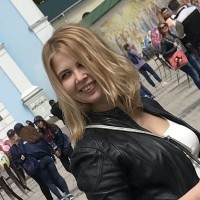 Moscow was the capital of the huge Soviet empire after the October Revolution 1917 when bolsheviks and Lenin came to Power . The streets of the city are still full of memories of the communist regime.

During our tour you will see the famous headquarters of the KGB also know as Lubyanka, Revolution sq. and the last Karl Marx monument in Moscow, the Bolshoi theatre and the first McDonalds in the USSR. We will talk about Lenin, bosheviks, Stalin and Gulag, Gorbachev and others. Join us!