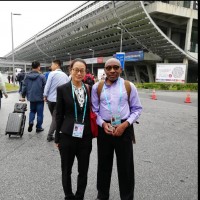 China folk culture village and splendid China is the FIRST china’ s cultural theme park as well as a national 5A tourist attraction. It included 2 parts :splendid China and folk cultural village(They are merged into one place in 2003) .

China is a country with a vast territory and a multitude of nationalities. It has 56 ethnic group living on a land of 9600 000 square kilometers. China Folk Culture Village is a large cultural tourist resort which gathers together in one place the fold arts,the local customs and the local-style dwelling houseds of the 56 ethic groups of China . There are 24 stockaded villages of 21 ethnic groups in it . Most of the buildings are designed and constructed by the craftsmen of respective ethnic group. Some of them are reassembled with complete sets of structural components disassembles from the original houses in their native place . In this folk culture village , there are hundreds of minority performers from different parts of China . Tourists can not only experience each ethnic group’s folk customs here, but also enjoy their distinctive performances of songs,dances and tricks ,taste their snacks and meanwhile participarte in some recreational activities with distinctive minority features , such as sliding over rope-bridge and drifting on flowing water.