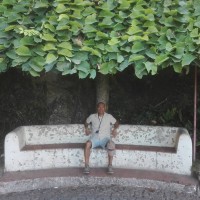 Lisboa - an half day tour

The half day tour allows a visitor to cover an all-in-one overview of the city´s history.

During this 4 hour tour you will have a chronological introduction to Lisboa urban evolution, since the foundation till present days.

- The old town quarters of Alfama and Mouraria

- Baixa – the new city built after the Earthquake

- Restauradores / Av. Liberdade – the image of an European capital

- Rossio – the heart of downtown

- Chiado – the most elegant shopping area

- Largo do Carmo – the setting for the democratic revolution of 1974

- Carmo ruins – the only Gothic monument of the city

- Praça Camões – a tribute to the Discoveries epic poet

The tour also explores the monumental area of Belém, where the Monastery and the Tower remain two live symbols of a golden age, where the testimonies of the new worlds have inspired the dominant decorations of the “manuelin” style.

The city of Lisbon is still recalled by its glorious past linked with the Discoveries. Centre of the spices trade and meeting point for people from all over the world, Lisbon was, in 1500, a cosmopolitan and dynamic city.

From Belém we drive across the city - driving by football stadiums of Benfica and Sporting - to visit the most modern residencial quarter of Lisboa. Developed on the eastern side of the city, is limited by the Vasco da Gama bridge - Europe´s longest bridge above water. It´s over this side of town that one can visit the Oceanário - best world sea aquarium according to Tripadviser reviews - and also the Casino Lisboa.

Drop off at requested location in the city.

-Includes : tasting of a Pastel de Belém and legal insurance

- Not included : entries to attractions&meals