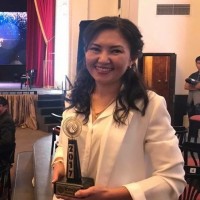 The North and the South of Kyrgyzstan in 10 Days

Arrival to Bishkek, meeting at the “Manas” airport. Transfer to the hotel.

Bishkek is the capital of Kyrgyzstan and the biggest city in the country. Its population is about 1 million people.

After some rest excursion to the National park Ala Archa. The park is located 40 km of Bishkek on the slopes of Kyrgyz Ala Too Ridge. Hiking to the beautiful waterfall, picnic and drive back to Bishkek. 30km from airport to Bishkek

(early check in is included)

In the morning after breakfast, transfer to Cholpon-Ata – the town which is located on the shores of one of the most beautiful lakes in Kyrgyzstan – Issyk-Kul lake. On the way visit to the historical-architectural complex Burana Tower. Burana tower (minaret) is located on the territory of an ancient settlement the capital of Karakhanid Khanate Balasagun founded in the 10th century AD. Lunch at the house of a local family in Tokmok and further drive to the lake area, upon arrival accommodation at a hotel and free time to enjoy the lake. 300km B,L,D Karven 4* o.s.

In the morning visit to the Open air museum of petroglyphs in Cholpon-Ata and take a boat ride on the lake. After the excursion further drive to Karakol, on the way if the weather allows visit Grigoriev gorge and a short hike. Upon arrival lunch and city tour – visit to the famous Dungan Mosque and Orthodox Church, both build of wood without any nails and both over 100 years old. Walk around the small town founded at the end of 19th century to see beautiful wooden houses still preserved in the town. Visit to the local ethnographical museum and small Bazar in the centre. 150km B,L,D Green yard 3* o.s.

After breakfast we leave Karakol to drive to Djeti-Oguz gorge by the eastern shore of Issyk-Kul lake. The gorge is one of the most beautiful places in Kyrgyzstan full of fir tree forests on the slopes and a very famous radon water resort in it. Upon arrival hike to Kok-Djayik valley the wide valley of about 15 km where there are amazing subalpine and alpine meadows called Djailoo, used as a summer pasture for Kyrgyz Nomads. During the spring and the summer Djeti-Oguz gorge turns into a kind of flower holiday, among which you may see the silver stars of Edelweiss flowers, alpine daisies and asters, and nard (golden root). In the Autumn the gorge is being a colorful canvas as it’s covered not only by coniferous forests but also by the leaf trees. There is an opportunity to undertake a short trek to the waterfall in the gorge, if wished. In the afternoon further drive to Tamga. 130km B,L,D Tamga Guest house

The first stop in the morning is the “Fairy Tale” Canyon. The whole originality of the place is the frozen in bizarre forms colorful rocks, like after the eruption. Solid clusters made of limestone, sandstone are bulging from the colorful soil, and the place looks like the ruins of ancient castles. In the village of Bokonbaevo meeting to an eagle hunter to watch the eagle hunt.

After the visit drive to Kochkor village to have lunch in a family and watch the Shyrdak show. Shyrdak – is a traditional carpet of Kyrgyz people listed as an immaterial heritage of UNESCO. The place is also a chance to visit a handicrafts museum and buy some souvenirs. After lunch further drive to the mountain lake Son Kul which is opened only in summer as all the roads and the lake itself are covered by snow. For centuries Son Kul lake area was used by Nomads as a summer pasture. The night is spent in a yurt camp to feel like a real nomad. 300km B,L,D Yurt camp

We will leave Son-Kul and drive to Suusamyr valley. At first stopping at Djumgal valley which is about the same size as Suusamyr valley but much drier. Mountain slopes surrounding the valley are almost snowless. The river Djumgal counts only on subterranean waters and that’s why it’s a wide hollow river which may be forded in many places. Djumgal river flows into Kekemeren which is being the culmination of our day. Kekemeren means the “Blue flow”. It flows through the canyon with steep walls of the 500 meters height then goes into the valley and further into the canyon again. After lunch in Kyzyl Oi village continue to the Suusamyr valley and soon dive onto the main road going from Bishkek to Osh and come into the green wide valley . The mountains surrounding it gave the Suusamyr valley so much space that for a moment one may forget being in the harsh mountain country. You may see a lot of nomads who brought their yurts here for the summer time. End of the day as at the picturesque gorge called Chychkan. 310km B,L,D Oson motel o.s.

Drive to Arslanbob. The Arslanbob woodland is the largest walnut on earth. Two waterfalls are located in the area that attracts tourists, pilgrims and other visitors during the spring and summer months. Upon arrival a short about a half an hour trek to the first waterfall which is about 25 m. After walk to a panorama place to be able to see the whole gorge. It is a great view to enjoy the nature and make some pictures. Friendly local family is accommodating and feeding you tonight. 330km B,L,D Homestay

Two options for the morning – calm rest until lunch or a hike to the waterfall that is 80m high. The hike is 2 hours. After lunch continue to the southern capital of Kyrgyzstan – Osh.On the way visit to the Uzgen Museum Complex, also one of the capitals of Karakhanids from 10 to 12th century. City tour in Osh upon arrival. Osh is the second biggest city of Kyrgyzstan with the population about 250 thousand people. Visit to the Suleiman-Too (Sulaiman-Takhty, The throne of Solomon), which is one of the places of pilgrimage of central Asian Muslims and a UNESCO heritage site. Walk up and down the mountain following the root of pilgrims, excursion to the museum of the mountain, further walk to the local Bazar one of the oldest market places of Central Asia. Visit to an Uzbek family for dinner. 200km B,L,D Sun Rise 3* o.s.

Flight back to Bishkek.

Meeting at the airport and transfer to the city.

Farwell dinner with folk show in a traditional food restaurant. 15km drive to the airport B,L,D My hotel 3* o.s.

Departure. Transfer to the Manas Airport to take a flight back home. 30km drive to the airport B