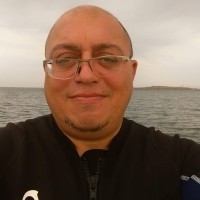 We love our country and our city and we do sure our Guests deserves best. You will visit 4 main historical and nature points:

Gobustan preserve is located in the eastern part of Azerbaijan, in the area of the Boyukdash, Kichikdash and Jingirdagh Mountains of Greater Gobustan. The Gobustan preserve is widely known,not only in our Republic but also worldwide, for its rock engravings and monuments of primitive culture. These monuments are ancient drawings, cupules for preparing drinks and gathering rain water, two-sided hollows for tying-up animals, signs, tamgas, ancient inscriptions and so on. Revealed and registered on more than a thousand rocks and stones these monuments were created by ancient man and are the reflection of his agricultural and intellectual activity. The Petroglyphs of Gobustan are artistic chronicles of the past. They bear great importance both for the study of the pre-history of humanity and for the study of lots of spheres of primitive art: graphics, music, dance, stone processing, etc. Gobustan’s monuments cover a period of approximately 20 thousands years beginning from the end of Upper Paleolith till the beginning of our era. 60 km from Baku.

Over a thousand mud volcanoes are known to exist in the world, and some 400 of those are in the coastal area of Azerbaijan.

While mud volcanoes (also known as “sedimentary volcanoes”) never grow to the size of a normal volcano, topping out at around 10 km in diameter and 700 meters in height, (among the largest mud volcanoes in the world are Boyuk Khanizadagh and Turaghai, both in Azerbaijan) they do occasionally get the chance to show off, as happened in 2001.

Every 20 years or so, one of these mud/gas volcanoes will ignite deep below the surface and create a massive explosion. While generally not dangerous to people, as they are far outside of most city centers, it is believed that six shepherds and over 2,000 sheep were killed by a mud volcano in Bozdagh, Azerbaijan.

There is a silver lining to having a country covered in mud volcanoes. Mud volcanoes are closely associated with hydrocarbon and petrochemical stores underground, hence the gas trying to escape to the surface. A few of these gas leaks are constantly on fire, shooting small perpetual flames into the air and some believe that these perpetual flames are strongly connected to the appearance of the Zoroastrian religion in Azerbaijan some 2,000 years ago.

The temple of fire worshippers Ateshgah, located on the Absheron peninsula on the outskirts of Surakhani village, 30 km from the centre of Baku, was revered in different times by Zoroastrians, Hindus and Sikhs. The current constructions of the temple date back to the XVII century. As a result of excavations, far more ancient artifacts were discovered here. The pentagonal complex has an open courtyard with temple-altar in the center which was the place of pilgrimage for worshippers. By the decree of the President of Azerbaijan Ateshgah was declared a State historical-architectural reserve. This open-air museum has been recently restored. Different workshops and souvenir galleries are located here now. 30 km from Baku

Azerbaijan has been historically known as the Land of Fire because of its rich oil and gas resources. The natural fire that have been blazing in various parts of the country for millennia have greatly influenced the beliefs and traditions of the local people and has been celebrated in works of literature and art. An example of this natural phenomenon is found 25 kilometres from Baku, in a place known as Yanardagh located in the village of Mahammadli. The natural gas that seeps onto the surface gives this mountain (whose name translates as ‘burning mountain’) its famous ‘burning’ look. In order to protect Yanardagh and attract tourists here, this area was declared a historical, cultural and natural reserve in 2007. Today Yanardagh reserve is a favourite destination for tourists visiting the country. The mountain appears to be covered in tongues of flame from its foot to its peak, resembling red tulips. At first, such an unusual sight may give a strange impression, but this feeling turns into fascination upon watching the fi re majestically seep out of the mountain core. 25 km from Baku

transfers (4×4 car for a small group, for group more than 3 persons – Mercedes Vito)

for individual group – upon request