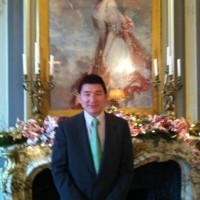 Immerse in Mongolia’s ancient Buddhist culture without grappling with Ulaanbaatar’s patchy public transport on this small-group tour. Learn about the nation’s complex regal and religious history from your guide as you tour the Gandantegchenling Monastery, the Bogd Khaan Palace Museum of Mongolia, the Choijin Lama Temple Museum, and the Dashchoilin Monastery. Perfect for lovers of history.

This temple museum smack in the middle of downtown Ulaanbaatar was the home of Luvsan Haidav Choijin Lama (‘Choijin’ is an honorary title given to some monks), the state oracle and brother of the Bogd Khan. Construction of the monastery commenced in 1904 and was completed four years later. It was closed in 1938 and probably would have been demolished had it not been saved in 1942 to serve as a museum demonstrating the ‘feudal’ ways of the past.

Around the start of the 19th century more than 100 süm (temples) and khiid (monasteries) served a population of about 50,000 in Urga (the former name of Ulaanbaatar). Only a handful of these buildings survived the religious purges of 1937. It wasn’t until the early 1990s that the people of Mongolia started to openly practise Buddhism again. This monastery is one of Mongolia’s most important, and also one of its biggest tourist attractions. The full name, Gandantegchinlen, translates roughly as ‘the great place of complete joy’.

Built between 1893 and 1903, this palace is where Mongolia’s eighth Living Buddha, and last king, Jebtzun Damba Hutagt VIII (often called the Bogd Khan), lived for 20 years. For reasons that are unclear, the palace was spared destruction by the Russians and turned into a museum. The summer palace, on the banks of Tuul Gol, was completely destroyed. There are six temples in the grounds; each now contains Buddhist artworks, including sculptures and thangkas.

The white, Western-looking building to the right as you enter is the Winter Palace. Within you'll encounter a room showing the king and queen's unusual living arrangements, and a collection of gifts received from foreign dignitaries, such as a pair of golden boots from a Russian tsar, a robe made from 80 unfortunate foxes and a ger lined with the skins of 150 leopards. Mongolia’s Declaration of Independence (from China in 1911) is among the exhibits.

The Bogd Khan’s penchant for unusual wildlife explains the extraordinary array of stuffed animals in the palace. Some of them had been part of his personal zoo – look out for the photo of the Bogd’s elephant, purchased from Russia for 22,000 roubles.

The exhibition hall in the northern part of the complex has temporary displays from the palace's collection; visit the website to see what's showing.

The Winter Palace is a few kilometres south of Chinggis Khaan Sq. It is a bit too far to walk, so take a taxi or catch bus 7 or 19.

Mongolian Grand Theater of National Art for a performance of the Mongolian National Song and Dance Ensemble.