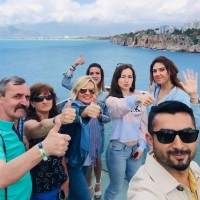 Antalya Tour-Having entered the scene in 150 BC as Attalia, named after its founder, Attalos II, king of Pergamon, Antalya has attracted a wide array of travellers, including Paul the Apostle, and Ibn Battuta among others. Antalya had replaced Phaselis—beautiful ruins of which now lie to south of the city, between Kemer and Olympos—as the main harbour of the surrounding region during the reign of Seljuks, in early 1200s. As the centre of a region with beautiful beaches, verdant mountains, and a mind blowing number of ancient ruins, the tourism investments started in 1970s, which changed the fate of the city considerably.