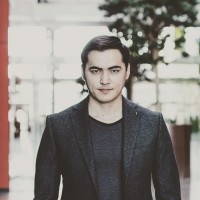 Walking in Astana – Places of interest and entertainments

Center of the city is decorated with such Astana sights as the Bayterek monument and Palace of Peace and Reconciliation, which were built under the project of the well-known modern architecture Norman Foster. The Ak Orda Presidential Palace can be seen on excursions, while the whole Kazakhstan in miniature on the area of 2ha can be seen in the Atameken ethno-memorial complex. Duman recreational complex is an interesting place of rest and entertainment. Along with shops, cinema theaters, park amusements and cafés, there are also Museum of Miniatures and seaquarium, home of more than 2,000 sea animals, brought there from different corners of the planet. We invite sports fans to visit the super-modern Astana-Arena stadium, which admits 30,000 spectators.