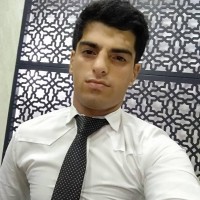 Firstly we ll visit The Old City and historical places around the city. Old City or inner cety is the historical core of Baku, the capital of Azerbaijan. Old City is the most ancient part of Baku. In December 2000, the Old City of Baku, including the palace of Shirvanshahlars and the Maidan Tower become the first location in Azerbaijan to be classified as a world heritage,site by UNESCO. We ll visit Shirvanshahlars Palace too. Shirvanshahlars Palace is a 15th century palace built by the Shirvanshahs. It is located in the inner city of Baku. You can see here things and buildings of kings. We ll see shahs bath and mosque. Bath built in the deep of earth.after we ll visit The Maidan Tower that built in the 12th century in the Old City. Interesting to see Azerbaijan carpet museum display Azerbaijan carpets and rug items of various weawing technologies and materials from various periods.

We ll visit Baku boulevard that located in the bitch of Caspian Sea and Nizamı street is a large pedestrian and shopping Street in downtown Baku. End of the day we ll go Flame Towers that emblem of Azerbaijan

Firstly we ll visit Yanardağ that is a natural gas fair which blazes continuously on a hillside on the Absheron peninsula on the Caspian Sea near Baku. Flames jet into air 3 metres from a thin, porous sandstone layer. After from here we ll go to the mud volcanoes that over the a1000 Mud volcanoes are known to exist in the world and some 400 of those are in the Azerbaijan. We ll visit Gobustan national Park too. There's rich with archeological monuments the reserve has more than 6000 rock carvings, which depict primitive people, animals, battle-peaces, ritual dances, bull fight boots and etc. You can see here the Gaval Dash is a natural musical stone which can only be found in Gobustan Azerbaijan, the sound can be compared with a tambourine. After we ll visit Ateshgah. Ateshgah is the pentagonal complex, which has a courtyard surrounded by cells for monks and a tetrapillar-altar in the middle, was built during the 17th and 18th centuries.The Baku Ateshgah was a pilgrimage and philosophical centre of Zoroastrians from Northwestern Indian Subcontinent, who were involved in trade with the Caspian area via the famous "Grand Trunk Road". The four holy elements of their belief were: ateshi (fire), badi (air), abi (water), and heki (earth).