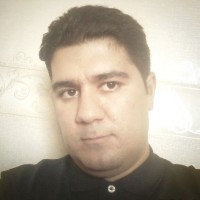 Explore the mountainous Guba region of Azerbaijan during this full-day tour. Drive through the countryside of Azerbaijan and stop at Beshbarmag Dag—the ‘Five-Fingered Mountain—and a few remote villages on the way to Guba. Then, visit one of Europe’s highest villages, Khinalug, set atop the Lesser Caucasus mountains at 2,335 meters. Take in the beautiful scenery and learn a bit about the history of the region before heading back to Baku. Take a full-day tour from Baku to the mountainous Guba region See many remote villages and the ‘Five-Fingered Mountain’ Explore one of Europe’s highest villages, Khinalug, and its scenery Enjoy complimentary round-trip transportation from your Baku hotel.Most people in Qirmizi Qesebe are Mountain Jews. One can easily communicate in three languages: Azerbaijani, Russian and Juhuri/Tat.

The settlement is the only place in Azerbaijan or in the former USSR, where the moral, cultural and religious values of the Mountain Jews are still preserved. Qirmizi Qesebe is called the Caucasian Jerusalem for good reason.

After Azerbaijan gained independence, just as all the mosques were allowed to function, so too were the synagogues. The government of Azerbaijan issued orders to allow the Jews in Qirmizi Qesebe to preserve their traditions and customs, study the foundations of Judaism and learn their own language and culture. These orders still stand.

According to Boris Semanduyev, head of the Religious Community of Mountain Jews, historical sources show that the Jews settled in Azerbaijan approximately 2,500 years ago. The history of Qirmizi Qesebe goes back approximately three centuries. While eight thousand Jews once lived here, the population now is around 4,000.