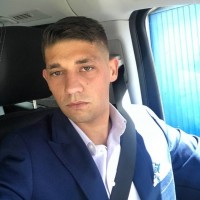 The day will be fully dedicated to the "royal neighborhoods" of Lisbon. A lot of monuments of culture and architecture of different epochs are concentrated in Sintra.

Three palaces are especially famous: Palacio Nacional de Sintra, Palacio de Pena and Quinta de Regaleira. Each one is interesting in its own way and has its own story. We will also visit Cape Roca, the most Western point of Europe, the place that ancient people considered "the edge of the earth", the place where the earth ends and the sea begins...

We will return to Lisbon along the coast of the Lisbon Riviera, which became famous and fashionable sea resort.

This tour is designed for those who do not want to limit themselves to the metropolitan life of Lisbon, but wants to get the maximum of different emotions and impressions in one day.

After drinking a cup of aromatic coffee in the old Portuguese tradition in the morning, we will travel outside the capital to the resort area of the cities of Estoril and Cascais, which for many centuries and to this day have been attracting a large number of royal families, nobles and celebrities, and not only. Let me tell you a secret: thanks to a neutral position during the Second World War, Portugal became the meeting point for spies from various countries who wove intrigues and issued the strictest secrets of the opposing countries at the cozy tables of the Casino Estoril. Dushko Popov, the prototype of the famous James Bond, did not become an exception.

Along the ocean, passing colorful fishing boats and luxurious yachts, our way lies to the Devil's Mouth with frightening and simultaneously fascinating views from the cliff; along steep cliffs to the picturesque Gincho beach; through the reserved area to the rocky Cape Roca, the most Western point of Continental Europe.

Having visited the "edge of the world", we will go to the fairy tale, to the city of Sintra, the former residence of Portuguese kings, and now the World Heritage of UNESCO. "Pearl", "Earthly Paradise" - many poets glorified this city with palaces, manors and a Moorish fortress, surrounded by luxurious gardens with an extensive collection of exotic trees and plants.

Visit the Pena Palace, built in the late XIX century. Prince Ferdinand of Saxe-Coburg-Gotha, who wanted to give fairy tale to his wife, the Portuguese Queen Mary II, presented her the Palace of the Sleeping Beauty from Disneyland.

Then we will visit the estate of Regaleira, which beckons with its mysteriousness along with the labyrinth of underground tunnels, grottoes and waterfalls, and impresses with an inverted tower under the ground, the "Well of Beginnings", where it is necessary to descend for the sake of the rebirth of the soul.

Sweet teeth can also try the traditional cakes of Sintra in a 155-year-old store: delicious cakes with almonds and baskets of cheese and cinnamon.

Provide: by a professional driver (tourism)