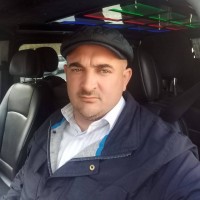 Explore The Azerbaijan
Other guide's tours

Private car ( To pick-up / drop off at your hotel )

Located in Upper Caucasus, Lahij belongs to 5th century BC, and in 1980 was announced as Historical-Cultural Reserve of Azerbaijan. Tat - the dialect of Old Persian - remains to this day the primary language in the village. Lahij has preserved its culture and trade, and is considered as craft center of the Great Silk Road up to now. And Shamakhi Pirguli resort and and Shamakhi observatory