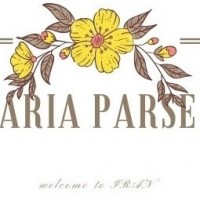 Iran is one of the world’s only countries with a total of four seasons. In each season you can find a place to fully enjoy in IRAN. IRAN Skiing Tour is one of amusement that you can experience from November to mid-March.

Tochal Complex is one of the many Ski resort in IRAN. It consists of many recreational and sport facilities located in the north of Tehran. It provides world-class sport facilities such as skiing, archery, telecabin, telesiege, zipline, and climbing.

Tochal telecabin is one of the world’s longest gondola lift lines, with a length of 7500 m. The gondola lift is used to access ski resorts and other recreational centers on the mountain. The upgraded safety standards of the lines allow families and athletes to enjoy the ride and the other facilities.

The main ski slopes are located at the 7th Station.

This slope starts from the foot of Tochal (at 3850 m) and ends at the hotel (at 3550 m). The slope is 1200 m long and is very suitable. There are a Doppelmayr chairlift and a telesiege provide to transfer skiers. Because of the height of the ski slope in station 7 (more than 3,500 m above sea level), like the Alvares Ski Resort, in Sabalan, Azarbaijan, Iran, the slopes are covered with snow for more than eight months a year. Also, a Half Pipe is available for customers of this ski slope.

The slope is on the western foothill of the Tochal Mountain. The ski slope is 900 m long beginning from Tochal peak at 3,750 m stretching all the way down to the lowest level at 3550 m, where the hotel is located.. A Poma chairlift is on this slope for skiers.

Tochal Hotel is 3550 m above sea level. It is near Mount Tochal and weather-permitting, it takes about an hour to hit the peak. The hotel has near 30 different types of rooms, a restaurant, entertainment facilities, satellite television, coffee shop, and other facilities.