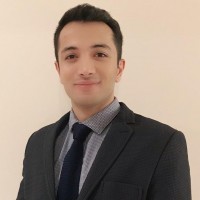 One of the oldest historic monuments in the city of Tehran, and of world heritage status,[1] the Golestan Palace belongs to a group of royal buildings that were once enclosed within the mud-thatched walls of Tehran's arg ("citadel"). It consists of gardens, royal buildings, and collections of Iranian crafts and European presence from the 18th and 19th centuries.

Shams-ol-Emareh is one of Tehran’s historical buildings and a remnant of the Qajar Dynasty. It is one of the most prominent buildings on the east side of Golestan Palace. It was built around 1830. It is notable for its height, decorations, and design.[1]

Shams-ol-Emareh is 35 meters tall with five floors. It was the tallest building in Tehran when it was built, and the first building using metal in its structure. All the pillars in the upper floors are of cast iron. Shams-ol-Emareh was the symbol of Tehran before Sar dar Baghe Melli was built.

Before his visit to Europe, Naser al-Din Shah Qajar, the fourth king of Qajar Dynasty, was thinking of building a mansion in his capital to compete with Isfahan’s Ālī Qāpū. A tall building that he could stand on its roof and see the entire Tehran. By his order, Shams-ol-Emareh building was started in 1865 and was finished in two years. Naser al-Din Shah took his guests to the roof of this building to see the capital. Building’s designer was Moayer al Mamalek and the architecture was Ali Mohammed Kashi. The style of this building is a combination of traditional Iranian and Western architecture