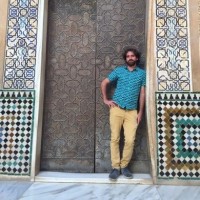 Founded as Gadir by the Phoenicians in about 1100 BC. Now well into its fourth millennium, the ancient centre surrounded almost entirely by water, is a romantic jumble of sinuous streets where Atlantic waves crash against eroded sea walls, cheerful taverns fry up fresh fish and salty beaches teem with sun-worshippers.

Cádiz is widely known for its watchtowers. They are the silent witnesses of the prosperity and trade which occurred in the city in the 18th century. Enamoured visitors talk fondly of the gaditanos (people from Cádiz), and the lively atmosphere.

Along the walk, we will see Roman theatre, climb a tower, a fish-market or the cathedral the best signal of the old wealthy