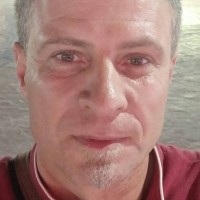 Starting with the Egyptian museum then the citadel . after lunch we move to the old city of Cairo

Egypt is a great place to travel you all will get something for you. The places like Islamic Cairo and Abu Simbel are the best places who want to visit some holly lands. We all know that Egypt is the place which carries history and it’s the symbol of many ancients’ monuments. If you like to spend some time in place where you can enjoy with your family and experience something new then Egypt is the best place to travel. In this blog we are sharing top 10 famous destinations where you can enjoy in Egypt.

The Egyptian pyramids are ancient pyramid-shaped masonry structures located in Egypt. As of November 2008, sources cite either 118 or 138 as the number of identified Egyptian pyramids. Most were built as tombs for the country’s pharaohs and their consorts during the Old and Middle Kingdom periods.

2 Luxor’s Karnak Temple and the Valley of the Kings

The Karnak Temple Complex, commonly known as Karnak, comprises a vast mix of decayed temples, chapels, pylons, and other buildings in Egypt.

Islamic Cairo is a part of central Cairo around the old walled city and around the Citadel of Cairo which is characterized by hundreds of mosques, tombs, madrasas, mansions, caravanserais, and fortifications dating from the Islamic era.

Aswan, a city on the Nile River, has been southern Egypt’s strategic and commercial gateway since antiquity. It contains significant archaeological sites like the Philae temple complex, on Agilkia Island near the landmark Aswan Dam. Philae’s ruins include the columned Temple of Isis, dating to the 4th century B.C. Downriver, Elephantine Island holds the Temple of Khnum, from the Third Dynasty.

The Abu Simbel temples are two massive rock temples at Abu Simbel, a village in Nubia, southern Egypt, near the border with Sudan. They are situated on the western bank of Lake Nasser, about 230 km southwest of Aswan.

The Museum of Egyptian Antiquities, known commonly as the Egyptian Museum or Museum of Cairo, in Cairo, Egypt, is home to an extensive collection of ancient Egyptian antiquities. It has 120,000 items, with a representative amount on display, the remainder in storerooms. The edifice is one of the largest museums in the region. As of July 2017, the museum is open to the public.

The White Desert begins about 28 miles north of Farafra. It is truly white, in clear contrast with the yellow desert elsewhere. The rock formations of the desert are often quite dramatic, you should not miss out on the weird rock balancing, on top of a white pillar.Many of the organized trips here include overnight stay out in the desert. At night, it gets a character reminding of an Arctic landscape.

The Siwa Oasis is an urban oasis in Egypt between the Qattara Depression and the Great Sand Sea in the Western Desert, nearly 50 km east of the Libyan border, and 560 km from Cairo.

Alexandria is a Mediterranean port city in Egypt. During the Hellenistic period, it was home to a lighthouse ranking among the Seven Wonders of the Ancient World as well as a storied library. Today the library is reincarnated in the disc-shaped, ultramodern Bibliotheca Alexandrina. The city also has Greco-Roman landmarks, old-world cafes and sandy beaches. Its 15th-century seafront Qaitbay Citadel is now a museum.

Saint Catherine’s Monastery, officially “Sacred Monastery of the God-Trodden Mount Sinai”, lies on the Sinai Peninsula, at the mouth of a gorge at the foot of Mount Sinai, near the town of Saint Catherine, Egypt.