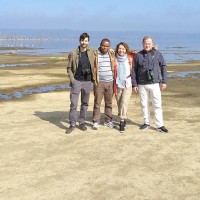 You will be picked up from your hotel at 07:30 and get ready for the trip to join other tourists. Then, you will drive to Mara via the Great Rift Valley with a stopover at the escarpment 2700 meters above sea level. After taking some pictures, you will proceed to Narok, the Maasai city for hot lunch. After that, you will drive to Maasai Mara National Reserve for the afternoon game drive in the park until late evening. Dinner and overnight will be at Rhino Tourist Camp in Masai Mara National Reserve.

Depart for the full day game drive in the Maasai Mara National Reserve with packed lunches which will be served at Mara River as you watch hippos and crocodiles. You will have some short walk along the shore of the river with hammed rangers to take pictures of big hippos and crocodiles that feed on migration from early July to September. You will also have a chance to see the big five in the park. Later after the game drive, you will have a chance to have an optional Maasai Village visit (10 USD per person) before having dinner and overnight at the same camp.

Have an early morning game drive to see the sunrise at 06:30 to 09:00. Later, you will depart to Nairobi after the morning breakfast with lunch at Narok, the Masai city. Then, you will drive to Nairobi and arrive in the late afternoon before the sundown.

1 afternoon, one full day, and one early morning game drive in Masai Mara

Tip for the guide after good service