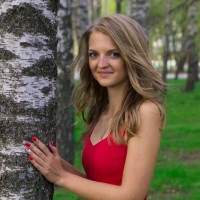 Minsk private city tour is the best way to get acquainted with our beautiful city and fall in love with it! You'll see the most interesting places in Minsk, learn its history and get the idea of modern life in the city.

The mixture of old, soviet and new arquitecture makes Minsk city tour a unique experience. We'll visit the historical centre of Minsk as well as the Soviet part of the city and modern districts.

First, we'll get acquainted with the historical centre of Minsk - Freedom Square (or as it is called by people Upper Town), where we'll have a walk to see the charming historical buildings of XVII-XIX centuries and remarkable statues and monuments. Next we'll drive along Winners Avenue to take a look at the new districts of Minsk with its impressive modern constructions. After seeing the modern part of the city we'll get back to the history to visit the moving Ireland of Tears and to explore the Trinity Suburb, walking around its cozy yards and corners. Then we'll drive to Independence Square and Avenue to admire the magnificent soviet arquitecture left from 1940s-1950s. And finally, we'll see the outstanding building of the National Library which is considered to be one of the symbols of Belarus.

Feel free to ask questions and let me know your interests, we'll include them in the tour. I'll do my best to make your stay in Belarus as comfortable as possible.

Guiding service and transportation are included.