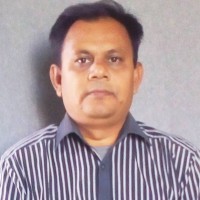 Môhasthangôṛ is one of the earliest urban archaeological sites so far discovered in Bangladesh. The village Mahasthan in Shibganj thana of Bogra District contains the remains of an ancient city which was called Pundranagara or Paundravardhanapura in the territory of Pundravardhana. A limestone slab bearing six lines inPrakrit in Brahmi script, discovered in 1931, dates Mahasthangarh to at least the 3rd century BC. The fortified area was in use till the 18th century AD.

Together with the ancient and medieval ruins, the mazhar (holy tomb) of Shah Sultan Balkhi Mahisawar built at the site of a Hindu temple is located at Mahasthangarh. He was a dervish (holy person devoted to Islam) of royal lineage who came to the Mahasthangarh area, with the objective of spreading Islam among non-Muslims. He converted the people of the area to Islam and settled there.

Mahasthan means a place that has excellent sanctity and garh means fort. Mahasthan was first mentioned in a Sanskrit text of the 13th century entitled Vallalcharita. It is also mentioned in an anonymous text Karatoya mahatmya, circumstantially placed in 12th–13th century. The same text also mentions two more names to mean the same place – Pundrakshetra, land of the Pundras, and Pundranagara, city of the Pundras. In 1685, an administrative decree mentioned the place as Mastangarh, a mixture of Sanskrit and Persian meaning fortified place of an auspicious personage. Subsequent discoveries have confirmed that the earlier name was Pundranagara or Paundravardhanapura, and that the present name of Mahasthangarh is of later origin