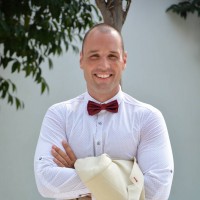 The Path of the Romans

Once upon a time, Boka Bay served as prosperous Roman stronghold where all mighty Roman Empire nestled in the very heart of the gulf and founded city of Risan. Even though sank and destroyed during one of the catastrophic earthquakes, Risan still stands as one of the most valuable worldwide archaeological sites with its numerous remains of Roman villas, and 2500 years old Roman Mosaics. Enter the ancient world and discover why god of dream Hipnos is so important for the city of Risan, on your very own private tour.