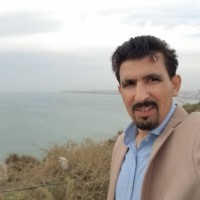 Mustapha ouaziz
Other tours by this tour guide

Best Parts of Morocco in 6days

Following your arrival to Morocco you will have a transfer to our joining hotel in the center of Casablanca. In the evening you will have a pre-departure meeting with your guide to brief you about the details of your itinerary. After that you can go for a group dinner in a local restaurant.

overnight at the hotel in casablanca

The journey today will begin by visiting the stunning Hassan II Mosque of Casablanca, this mosque is considered as the largest mosque in Morocco and the third largest in the world. The capacity of its building can hold till 25000 worshippers at one time, and its square outside more than 80000 worshippers. After the visit we will leave Casablanca and drive south to Marrakech. Upon the arrival we will check in to our Hotel and then have some free time before dinner.

Today is for Marrakech. This amazing city is located in the middle of the country; its location attracted many dynasties along the Moroccan History and made it as their Capital. That is why you will find the walls and building of the ancient medina is talking just history.Thus, the first historical Monument we will visit is the Koutoubya Mosque; the landmark and the highest building of the city. This mosque dates back to the 12th century and will be visited only from the outside. After that we are going to move on the 16th century Jewish quarter and into the Bahia Palace of the 19th century. The latter, is one of the marvelous palaces in the country and was owned by the grand vizier of Morocco in the late 19th century. From this palace we will wander in the twisted alleyways of the medina to see its traditional Markets and souks. It will be then time to visit the famous square of Marrakech Djamaa Elfena where you can find snake charmers, Acrobats, Musicians... After lunch we will visit Majorelle Gardens named after the famous French painter who constructed his art deco villa and started the botanical gardens. In 1980 it became the residence of Yves Saint Laurent. for the evening meals enjoy an optional dinner with traditional show.

We leave Marrakech after breakfast and we make our way to Essaouira; a colourful fishing town situated within 15th century Portuguese fortifications, where great beaches and surf beckon. You have the day to relax on the beach or alternatively explore the UNESCO-listed medina with its various souks and woodcarving workshops. Any city gate leads to the medina, so you’re unlikely to get lost. The beach is in front of the Medina and there are plenty of cafés with terraces, both ideal for relaxing for a few hours. Blue doors and window frames abound as do the artists shops – buy a carpet or Thuya woodcarving or sit on the beach sipping a mint tea as the sun sets. There is the opportunity to do some optional activities, such as quad biking, surfing, horse riding and wind surfing. Enjoy a great night out in Essaouira.

It is time to leave Essaouira and head up to Casablanca, en-route we will have lunch in the fabulous city Eloualidia and than pass by the city of El jadida built and named by the Portuguese as Mazagan. At the end of the day we will be in Casablanca for optional dinner and overnight.

✅ PRICE FOR THS TOUR IS 850 USD PER PERSON IF THE GROUP SIZE IS UP TO 5 PARTICIPANTS. FOR MORE INFORMATION PLEASE CONTACT ME BY EMAIL OR ON WHATSAPP.