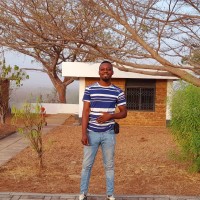 Evans Aguiyi
Other tours by this tour guide

Benin, formerly known as Dahomey, is characterized by a great diversity of landscapes and ecosystems. Indeed, the Pendjari National Park and the W Regional Park, located in northern Benin, are two of the most protected and biodiverse semiarid grassland ecosystems in West Africa. The mountainous region of the northwest constitutes the water reservoir for the Republics of Benin and Niger. In contrast, the central part of the country forms a large complex of plateaus covered by a mosaic of savannas, gallery forests, woodland, and cropland.

Arrival at the Cotonou Cadjehoun Airport . Arrival and drop off at the hotel. Cotonou city tour and Initial orientation. Dinner, Relaxation. O/N

On this day our activity will be to visit and explore the python temple of Ouidah. The Temple of Pythons is a site of historical and modern symbolism and spiritual practice in Ouidah, Benin. The snakes are a major totem for followers of Vodoun, a religion practiced by groups of people within West and Central African nations such as Ghana, Togo, and Benin. The serpents play a large role in the spirituality of Ouidah. According to local legend, the king of Ouidah took refuge in a forest from those seeking to kill him during a war in the 1700s. When he was in hiding, pythons emerged from the forest and prevented him from being captured. To commemorate their role in his protection, he ordered the creation of three monuments.

After breakfast , we shall leave for Ganvie. Transfer by car and canoe to Ganvié, the ‘Venice of Africa’. Experience the lives of these people who live on water, discover the local bird life. Have lunch and return to Cotonou or ouidah for dinner and overnight stay.

After breakfast, a quick drive to Abomey. on the way, Visit the surprising underground village of Agongou into, which served as a hiding place for warriors. which is the town of Kings. Abomey – Take a guided tour of the ancient royal palace of Abomey listed as a UNESCO world cultural heritage. leave from abomey to cotonou, drop off at the airport