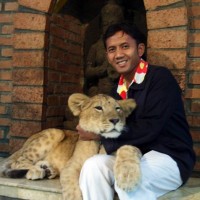 This excursion is about :

1. Visiting Indonesia Miniature Park. We have about 162 hectares. Escorting you to see an impressive park of Indonesia replica in glimpse with typical things from all provinces in Indonesia which has different an unique culture and traditions.

Sightseeing and visiting the different traditional houses from all provinces in Indonesia and finest the unique architecture.

Popularity with Gedung Gajah after the elephant statue in its forecourt. Its broad collections cover all of Indonesia's territory and almost all of its history. The museum has endeavoured to preserve Indonesia's heritage for two centuries.

Built in the 16th century, the museum is housed in the old town hall of Batavia, which probably one of the most solid reminders of Dutch rule to be found in Indonesia. It provides the historic background of Jakarta through a display of maps and antiquities, including furniture and porcelains.

An old Dutch colonial house which contains great collections of Javanese leather “Wayang” puppets. Wooden “Golek” puppets and mask of Indonesia and some other part of the world. The former old Dutch Governor General graveyard also was here.