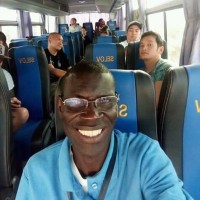 Pick and drop off at your selected hotel or location

Departure for our meeting with the history of mankind, exploring :Gorée island where in the early 15th century to 1848 ,millions of Black people were abused ,humiliated enslaved and shipped for the Americas. Lay bare ,slavery and the blacks suffering on Gorée island ,seeing the slaves houses and its famous “DOOR OF NO RETURN».See also the shackles and the 10,300 kg iron ball ,the slaves were always carrying with them. Learn also what were the cost of slave in term of change.Then Keep on walking to see Gorée's ochre painted buildings .Explore the 1830 French church ,the houses of some mulattoes ,owners of slaves and rich merchants such as Victoria Albis.See the 1925 French veterinaries school for the colonies ,the former French governor's palace ,the French government square ,the auction block ,the 1919 William Ponty School ,whose purpose were to train executives for the French colonies.See also where the Portuguese built their 1481 chapel and the former French fortification. In short all the world heritage.Click some scenes of the senegalese dressed in African attires doing their daily activities .Lunch on Gorée ,in a restaurant with sea view

From our selected pick up hotel or location ,we drive for the Ferry Station .

After a 15 minutes ,we are on Goree island ,witness of four centuries of suffering endured by the Blacks . Start with the exploration of the slaves House. Then around the island to discover the rest of the world heritage .See the 1830 French church ,the 1925 veterinaries studies French West African colonies school ,the French governor's residence ,and end the tour with the historical museum. Lunch in a nice restaurant with sea view and drop off to our selected hotel or location .

Included in the cost :

My services and time as an English guide

Pick up and drop off offered

Come with your passport ( an obligation to take the ferry )

Some cash ,in case you want to have a drink or lunch on the island or for souvenir

A jacket in case ,it's windy and cold