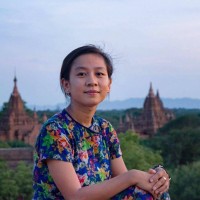 Bagan used to be the Capital City of First Myanmar in the 11th Century. There were 55 kings who ruled in Bagan from 11th century to 13th Century and is home to N number of ancient monuments. But in 1975 the big earthquake hit Bagan, and nearly 2000 of monuments collapsed. Now a days we can study the mural painting and architecture which dates back from 11C to 13C.

One of the most outstanding architecture is Anada Temple, one of the most revered pagodas in all Myanmar and containing four tall standing Buddhas .Lunch at Auriam Palace hotel with great foods with the highest view of Bagan and can see landscape of Bagan. Then

Go for sightseeing at Dammayangyi Temple in the afternoon. It is a massive later period temple with the finest brickwork in Bagan and Thatbyinnyu Temple which towers above other monuments of Bagan.

Next one is the museum of the painting called Sulamini Temple. Study mural paintings dating back from 13t h to16t h ..At the end of tour watching sunset on the Pagoda.