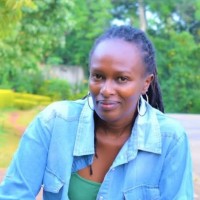 8:30 -10:30 Visit the Giraffe Centre where you feed the friendly Rothchilds Giraffe. They accept a kiss as they pick their food from your palms! Stop over at some shopping areas enroute.

The Giraffe Center is located in Lang’ata, approximately 20 kilometres (12 mi) from the centre of Nairobi, Kenya. It was established in order to protect the endangered giraffe, that is found only in the grasslands of East Africa.

11am-12pm: Visit the David Sheldrick Elephant orphanage, where young orphaned elephants are brought after being rescued and fed till they are mature to be released to the wild.

The Karen Blixen Museum was originally the home of Karen Blixen, who came to Kenya from Denmark in the early part of the 19th century; the present museum site is at the heart of the larger coffee plantation run by Blixen between 1914 and 1931. The house and surrounding land was donated by the Danish government to Kenya at independence; the house was restored by the Danish government and was used during the filming of Out of Africa, which immortalized Karen Blixen’s book by the same name.