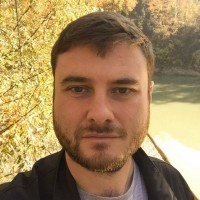 Even if you only have a short time in Tbilisi, you have to spend at least a half-day exploring the Old Town. The architecture in the city’s historic district is a mixture of Georgian, Byzantine, Oriental and Neo-Classical European styles.

It dates back more than 1,500 years and was founded by Vakhtang Gorgasali, King of Georgia (known as Iberia at the time) in the second half of the 5th-Century AD. The name derives from the Georgian word for warm, “T'pili.” Sliced by the River Mtkvari, which divides the city west and east, the lovely setting is ripe for exploring.

Among the sites, you will visit is the Orthodox Anchiskhati Basilica, the city’s oldest church. You will also see the 13th-Century Churches of Sioni and Metekhi, the magnificent Narikala Fortress, perched on a hill with superb views of the city below, and the classical Freedom Square.

Continue to one of Tbilisi’s newest attractions, the Bridge of Peace, which opened in 2010 over the River Mtkvari (also known as the Kura River).

Tbilisi’s compact size means you can easily explore the nearby Synagogue, Armenian Church and Mosque, in addition to the Georgian Orthodox churches so fundamental to Georgian culture. Peaceful co-existence of the various religions helps emphasize Georgian tolerance.