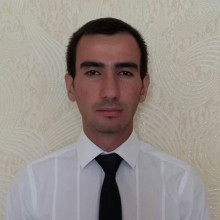 Hi everybody. My name is Anar and I am 28 years old. I am working as a professional private guide and driver about 2 years experience with the following preferences:

I can speak 3 foreign languages (Azerbaijani, English, Turkish and a bit Arabic)

I exactly know the historical and sightseeing places of Baku and other cities of Azerbaijan.

I will be able to exactly serve as full-time private guide and I will be free for day and night trips.

I have a high level of communication and experience with foreign guests.

I like to meet different people from different countries with specific cultures and attitudes. I do all kind of individual tours ( city tour, region tour) and transfers to/from airport.

I know all tourism regions!!

Quba is attractive with its green nature, forests and mountain areas which is a part of range of Caucasus Mountains. A village of Khinalig considered as one of the highest (more than 2000 metres above sea level) and isolated areas are located in Quba region and frequently visited by tourists. Popular waterfall Afurdja which's height is 75 meters is also located in Quba. The Kudyal River which takes its sources from high altitudes of Caucasus mountains flows through the territory of Quba.Due to the favorable location (168 km from the capital-Baku)

Gabala is one of the oldest cities of Azerbaijan, possessing over 2-thousand years of history. At the same time, the region has always been an integral part of Azerbaijan, which left an as bright mark in Azerbaijan’s history as Baku, Ganja and some other cities did. Gabala was the capital of Shirvan and Shaki Khans, additionally, the Kutkashen was created on the territory of Gabala in the 18th century.

Let’s move now to the places in Gabala which every tourist has to visit. Here is the list of things to do in Gabala, and we will start by talking about the Gabala Archaeological Center.

Excursion to Sheki is a Sheki tour of the picturesque places in one of the old cities of the South Caucasus, where various handicraft production was concentrated, where beautiful silk products were produced and a brisk trade was developed.The city is rich in history and many monuments of the cultural heritage of Azerbaijan.

Sheki tour excursion program in the city of Sheki.

1) Sheki’s pearl is the Palace of the Sheki Khans