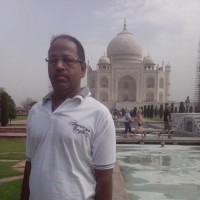 Around 125 kms. West of Leh, on a spectacularly beautiful road, lies the earliest surviving monastery of Ladakh, known as Yung-drung or the Swastika. The Gompa is remarkably built on sand stone and dates to the 11th Century. The monastery has a remarkable history and the surrounding area presents an interesting topography that is spread with yellow loess formation. The Alchi monastery lies 69 kms. west of Leh, the most famous and largest of all the Gompa built by Rinchen Zangpo in 11th Century.The monastery houses some of the best murals and frescoes representing the Kashmiri style of Buddhist iconography. Each monastery in Ladakh is distinct in itself and for those who wish to experience the uniqueness of Ladakhi monasteries this is an ideal opportunity.

On this trek there are several villages among the richest in Ladakh. This trekking is known as Sham valley or Apricot valley trek. Arrive at Likir monastery, where the track to Likir monastery meats in between Saspol – Bazgo, it is hardly an hour walks from the road. Through the Indus valley and the ancient kingdom of Sham, we will discover the main Ladakhi monasteries and the wonderful sites surrounding them: Lamayuru and Alchi are all accessible by road, and

Temisgang, Ridzong and Likir line the trekking route. This itinerary is of moderate difficulty and the path does not rise above 4500m. The trail crosses numerous villages where the people have kept their Ladakhi ways and customs.