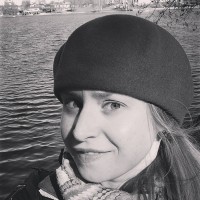 Brest Fortress, one of the most important places in Belarus, dates back to the 19th century and became a key symbol of Soviet resistance in World War 2.

Brest Fortress was built in the 1830s-early 1840s at the meeting-point of the rivers Bug and Mukhavyets. During construction, the entire town was relocated to a new position 2km away. St Nicolas Church was built in 1851-1876. Much of it was severely damaged during World War 2. The site occupies more than four square km, although many of the outer defences were damaged or destroyed during the wars of the 20th century. There is a citadel at the centre of the fortress, linked to three artificial island fortifications by bridgeheads:

The fortress was captured by the German army in 1915 and after World War 1 remained within Polish territory. In 1930 it became infamous as a prison in Poland in the aftermath of the Brest Elections.

In 1939 Brest Fortress was assigned to the Soviet Union. It earned the title of Hero Fortressfor the courage demonstrated by Soviet soldiers when they fought against the German army in 1941. Whilst the Nazis took the town of Brest – 90% of which was destroyed in the fighting – the two regiments garrisoned inside the fortress held out.

For the people of Belarus, Brest Fortress remains a famous symbol of the Soviet resistance during World war 2.