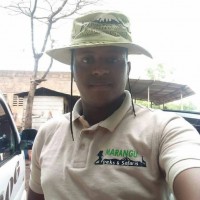 Rongai Route begins in the northern side of Kilimanjaro Mountain, 45km from Moshi town or 69km from Arusha town.

This is one of Kilimanjaro easiest routes, and it has become an increasingly popular route in recent years. This route is located on the northern side of Mount Kilimanjaro with a variety of spectacular landscapes together with different plants and animal’s species. The typical duration for this trip is 6 days. However, you can also add an acclimatization day and make it 7 day climb. The Rongai Route is more scenic than the Marangu Route and easier than other camping route in climbing Kilimanjaro and the success rate on the Rongai Route is very high. Unlike the Marangu Route where you sleep in huts, on the Rongai Route you sleep in tents, the porter will have your tent pitched and waiting for you at the end of each days trek. This route starts on the north side of the mountain just south of the Kenyan border and is one of the least traveled routes. The route merges with the Marangu Route for the summit climb. The descend follows the Marangu Route on the mountain’s southeast side, so you will able see Kilimanjaro from many view points.