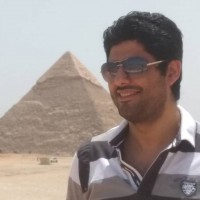 Half day in Alexandria

Our Tour Guide will pick you up from your hotel in Alexandria by modern air-conditioned vehicle to explore Alexandria, Egypt's only Mediterranean city is characterized by a distinctly European atmosphere and a refreshing sea breeze. Where you will discover the beauty and the Greco Roman civilization within a day-tour starting with visiting the catacombs of Kom el Shoqafa which are considered one of the wonders of the middle ages, It's the largest Roman Cemetery consisting of 3 levels cut into the rock dating back to the Greek period 200 years B.C, that could accommodate up to 300 corpses. You will see Pompay's Pillar from outside. The huge red granite Pillar of 25 meters height is the biggest memorial column in Egypt. It was constructed in honor of the Emperor Diocletian the Roman ruler at the end of the 4th century. Then visit The Roman Amphitheatre which is Located in the heart of Alexandria, Kom el-Dikka is an extensive Roman theatrical and residential complex. It includes the only known Roman amphitheater in Egypt, an impressively well-preserved structure. You will see also the villa of birds which contains a rare mosaic Pisces.

Afterwards heading to visit bibliotheca Alexandrina one of the most unusual architectural masterpieces of the 21st century. The Old library was very famous all over the world for its huge books capacity of different sciences and literature. Modern Alexandria Library considered one of the biggest libraries in the world with more than 8.5 million books in all fields of life. You will go to get a photo stop at (Qaitbay’s Citadel) which is considered one of the most important defensive strongholds, not only in Egypt, but also along the Mediterranean Sea coast. It was erected on the exact site of the famous Lighthouse of Alexandria, which was one of the Seven Wonders of the Ancient World. The last Site to be visited in our tour to Alexandria is prettiest and biggest mosque in the city (Abu Al-Abbas Al-Mursi); with a cream colored façade, four great domes, arabesque designs and a high minaret. It is located in the mosques square of Alexandria, contains El Boseary mosque.. etc. Don't miss the chance to enjoy the amazing panoramic view on Mediterranean Sea with fisherman boats in background. Maybe you will be lucky to see the sunset. Finally we will drive you back to your hotel.