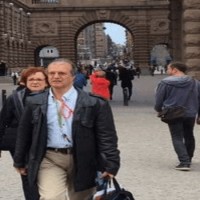 Day Trip to Uppsala from Stockholm

Today, that place happens to be historic Uppsala city. You’ll take a jaunt on the train with me as your local guide and we'll spend the day exploring Uppsala.

We’ll visit the oldest Gothic cathedral in Scandinavia (what a title) and uncover Uppsala’s Viking and medieval roots.

We could go one step further (alright a few steps, and also a short bus ride) to Gamla Uppsala, which is the ancient pagan part of the city, where you can still see the Viking royal burial mounds.

We’ll visit hidden gems as well as some not so hidden gems, like the university which was founded in 1477 and maybe pop into a museum or gallery that takes your fancy, where you can learn more about Swedish culture.

When it’s time for lunch, which it inevitably will be, feel free to let me know if you’re in the mood for something Swedish or you want to go more international, and he’ll take you to a right cafe, a market or a restaurant for it.