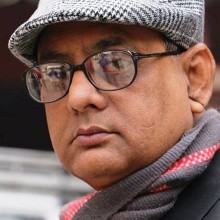 Hi, I welcome you all to visit the beautiful Bangladesh. Will provide you the best possible support and services that can make your journey to Bangladesh a smooth and memorable one!

Please browse the facts and information that might help you to have a general idea on Bangladesh, its environment, people, culture, foods and festivals.

Bangladesh is a country in south Asia. It is bordered by India on all sides except for small border with Burma (Myanmar) to the far southeast and by the Bay of Bengal, The name Bangladesh means &amp;amp;quot;Country of Bengal&amp;amp;quot; in the officially Bengali language.

Bangladesh is located in the low-lying Ganges-Brahmaputra River Delta or Ganges Delta. This delta is formed by the confluence of the Ganges (local name Padma or podds), Brahmaputra(Jamuna or Jomuna), Meghna rivers and their respective tributaries. The Ganges unites with the Jamuna (main channel of the Brahmaputra) and later joins the Meghna to eventually empty into the Bay of Bengal. The alluvial soil deposited by these rivers has created some of the most fertile plain in the world.

Straddling the Tropic of Cancer, Bangladeshi climate is tropical with a mild winter from October to March, a hot, humid summer from March to June. A warm and humid monsoon season lasts from June to September and supplies most of the country's rainfall.

Cox's Bazar, south of the city of Chittagong has a beach that stretches uninterrupted over 120 kilometer (75 miles) the longest beach of the world.

The majority ethnic group of Bangladesh are the Bengali people. The remainder are mostly Bihari migrants and indigenous tribal groups. There are thirteen tribal groups located in the Chittagong Hill Tracts.

A new state for an old nation, Bangladesh has a culture that encompasses elements both old and new. 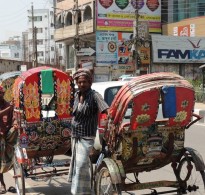 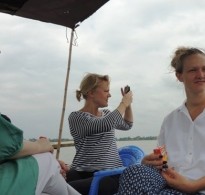 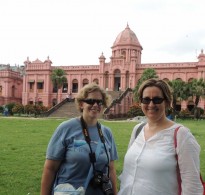 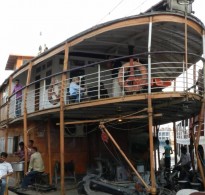 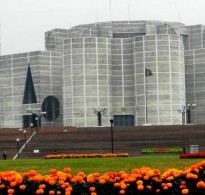 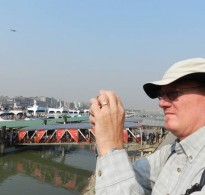